I hope you’re all enjoying the day off – I know I am! 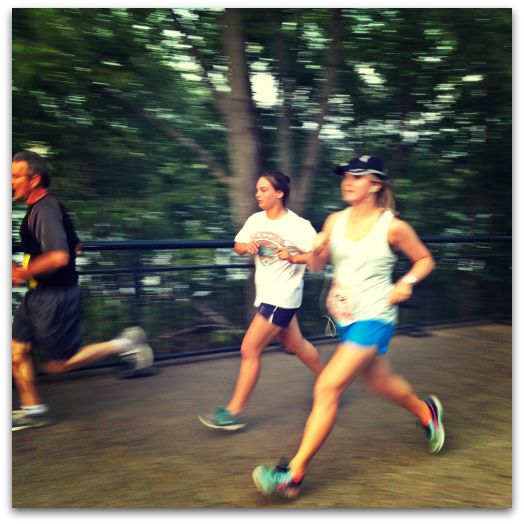 Some Final Thoughts on the Good Times Summer Series:

I could not be happier about how this series went. Obviously, I was stoked to get first in my age group for the series, but that was just the cherry on top of a whole bunch of 5k PRs (I think 3 to be exact). I believe I mentioned in a post here on the blog before the series started that I was hoping to carve down my 5k time a little bit over the summer, but I really did not expect that to be by as much as 30 SECONDS. Even more exciting to me is that my new PR is 23:01 – right on the edge of breaking 23 minutes. When I first started running 5ks, I was NOWHERE near this time and I never would have thought I would be able to realistically think about breaking 23 minutes (much less do it!). Again, this is just one of the reasons I love running. It’s the best feeling in the world to be able to measure my progress in running over the years down to the second.

So with that in mind, my goal is to keep the positive momentum moving forward, even though the Good Times Summer Series has now come to an end! Now, my focus is on the Baystate Half Marathon on October 18th. It’s a nice, flat course and very local for my mom and I, so it should be the perfect opportunity to try for another half marathon PR.

With that goal in mind, I challenged myself with some tough runs this weekend. Saturday, I decided to try out a 60-minute tempo run, aiming for a sub-9 minute pace. I really wasn’t sure I was going to be able to do this for a whole hour, especially since my legs were a little sore from a strength training workout the day before. After I ended up doing my warm-up mile at 8:49/mile kind of by accident (I had figured I would take the first mile slow to warm up), I decided I had to really give it a shot. And I did it!! I only had one mile that wasn’t at a sub-9 pace, and it was when I was on this little trail section that I had to slow down on to make sure I didn’t trip over a rock, and even then, my pace for that mile was still 9:01, so close enough. 🙂 I ended up covering 6.89 miles at an average of 8:43/mile.

Sunday, I joined my mom for a section of her 20-miler. We drove to a nearby rail trail, since we thought a little variety would help the miles go by faster. 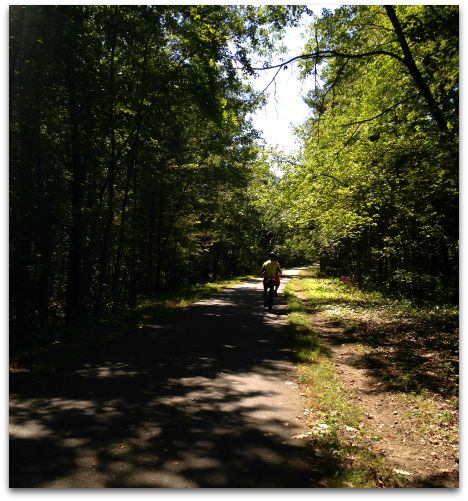 We got a bit of a late start, and didn’t end up running until 9:45 or so – not the best idea when the forecast for the day was a high of 88 degrees. Whoops. Despite the heat, we managed to have a pretty solid run. I had originally thought I would just do 10 miles, but then I was feeling pretty good and figured I would try to keep my mom company as long as possible, so I ended up doing 13. After I finished, I walked to a nearby cafe where I waited for my mom to finish up before we got some delicious breakfast sandwiches to refuel. 🙂

After 13 miles, I was RAVENOUS and ate this in about 90 seconds.

The rest of the weekend was spent relaxing, cooking, and catching up on some blog reading for me. Not super exciting, but just the kind of chill weekend I needed. 🙂

How has your weekend been? Are you doing anything special for Labor Day?